A powerful, exciting lineup for the coming year. For the first time we'll be dealing with setting priorities, living large, spirituality, creating communities, and much more. Free downloads and recordings of every session are included.

The Art and Science of Process Visuals

For the first time ever, a full day on the creation, application, and extension of these powerful visuals to use in marketing, implementation, workshops, and elsewhere. Learn the three different ways to create them and depart with personalized process visuals of your own. Limited participation for this intense day.

We're baaaaaack!! Alan Weiss and Patricia Fripp in Vegas, for their 13th presentation of this now legendary workshop. Two days solely on marketing for professional and aspiring speakers, including technology, social platforms, building communities, and the accelerant curve! Don't miss the learning or the fun!

One-to-four people participate in a rigorous two days of promotional "mayhem," in which we create assertive and powerful approaches to mold thought leaders, "go to" people, interviewing targets, and objects of interest. The second course is now completed, and we ensure compatibility by vetting applicants. Nothing else like this if you seek to "rise above the noise." One to four people, scheduled at mutual convenience. The third one has recently been formed.

When youre successful, you accept both achievement and adversity as conditions that will make you stronger.—AW 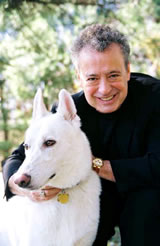