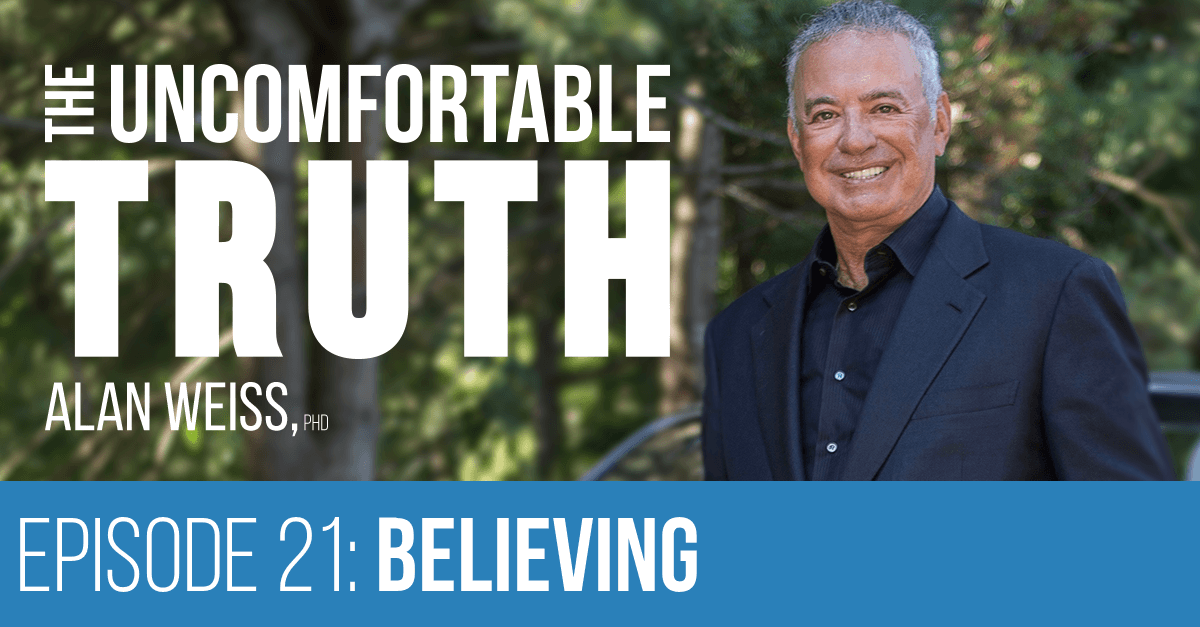 “Wherein Alan discusses that we all believe in something, and we’re not random biological mechanisms.“

Welcome to The Uncomfortable Truth. My subject today is believing. Yes, believing. You know, the Greeks thought of gods as occupying the earth with mortals. It was almost a conversational quality, bar talk, some folks just discussing things. There was said to be interaction between mortals and gods. The Romans were largely observant, but also quite skeptical. They didn’t want to hedge their bets, so they had their own gods, but they tolerated the gods of other religions in return for acceptance of the empire. And so, they allowed people to build temples to their own gods. They allowed the Jews to worship their gods. They put up with Christianity until such time as it became a threat to the empire.

Remember, Christ said, “Render unto Caesar what is Caesar’s, and unto God what is God’s.” The Romans thought that the Jews were kind of silly. They thought that they had too much guilt, too much worldly worry, too much concern about some messiah and afterlife, but they tolerated it. With the advent of Christianity though, the widespread advent of Christianity, virtually everyone in Europe, up through the 16th Century, we’re talking eons, pauper or prince, merchant or beggar, believed in an afterlife. An afterlife of either heavenly bliss, or perpetual agony. And that was through 16 centuries.

You know, if you look at the ceiling of the Sistine Chapel, one of the great works of art in the world, in history. I’ve had the unusual chance to study it at length, in fact, to lie down on the floor and look up at it with just about a dozen other people after hours. It’s a pretty frightening painting. When you look at it closely, there are people being rejected, people being thrown out, sinners going to the flames, to the devils. It’s a frightening piece of work, frightening enough to pay for some indulgences.

Now, that all ended, of course. But, it’s important to think about this, because the United States today, it seems to me, is more overtly religious than most of the traditional Catholic countries. I’m thinking about Ireland and Spain and Italy, where the church is still very apparent, the church is still very active, but it’s often largely empty. And I’ve attended church all over the world, and I have found a lot of churches and cathedrals, except for the High Holy Days, Christmas and Easter and so on, very much empty.

Italy was some exception, that the churches I found were crowded there. The cathedrals were crowded, but people don’t pay attention to religion the way they used to. I was recently in Greece, where the Greek Orthodox Church is, of course, the primary church, and my guide told me that not many Greeks were religious, she said, but the church wields tremendous power and it’s a very conservative institution.

I think everyone prays. They might not pray on their knees. They might not pray in a religious edifice. But, I think everyone prays. They might not use the word, “Prayer.” They might never use the word, “God.” But, people fervently pray. They pray when someone they love is ill. They pray when they, themselves, are ill. They pray when they, themselves, have gotten them into a jam that’s tough, when there’s an accident or they’re hurt or they made a really bad decision or they created some pain they wish they hadn’t or they feel guilty. I believe that everybody prays, and I don’t believe that anyone writes a letter and puts it in an envelope and seals it and puts a stamp on it, and then leaves it in the desk. I believe that people mail that letter. You write a letter with the intent it will go someplace and be read, and the same thing with prayer. People don’t pray just to soothe themselves. They pray in the expectation that, perhaps, somehow, somewhere, it’s heard.

We don’t admit it, but exigencies force it. You know, there’s the old saying that there are no atheists in foxholes. I have nothing against atheism or atheists, but I imagine when you’re in that foxhole, and the shells are bursting around you, you need to believe in something. A belief in some purpose, some person for existence, some reason for existence, perhaps, is critical for both our sanity and our enjoyment of life. I don’t see how it’s possible to go through every day, every week, every month, every year of an extended physical life and not thinking there’s some purpose, some reason for existence.

A great many wealthy people I see are miserable. The reason for existence can’t be money, can’t be wealth, can’t just be comfort. I used to go to a hairdresser in New York on the top floor of Bergdorf Goodman, the luxury department store. John Barrett, he’s still there. He’s a very famous hair stylist. And of course, he rarely did hair himself unless it was a celebrity, but he had a great staff. And you could get manicures and pedicures and facials and massages and so forth. And I would sit there sometimes, getting a manicure, looking around the room, and where they did the manicures is where they did the hair coloring. And women would sit in these chairs with their heads in various types of foil and rollers and everything else, getting their hair tinted and dyed and whatever they do. You know, reading magazines, looking in the mirror. Rarely did they look happy. These were wealthy women, paying high prices, and they didn’t look happy. They looked miserable.

So, if we don’t believe in something, then otherwise we simply adhere to our daily rituals. Little meaning, if we’re not somehow connected to some kind of belief system. And again, it doesn’t have to be a deity, but what do you believe in? Why are we here? I mean, some of you may feel, some people you know may feel, that we’re simply accidental, biologic mechanisms randomly sailing through the universe with no special purpose. Nothing more important than a rock or a tree or a leaf falling to the ground, these things happen. A volcano erupts, a storm hits, or the sun is out, it’s all random and accidental; but isn’t it part of some larger force? I can’t believe life’s like that. I can’t believe life is without more meaning than that, that we’re just here accidentally, kidding around with each other. That cynicism alone is enough to make me want a belief system.

Fortunately, I have one. I hope you do, too.

But, that’s The Uncomfortable Truth. 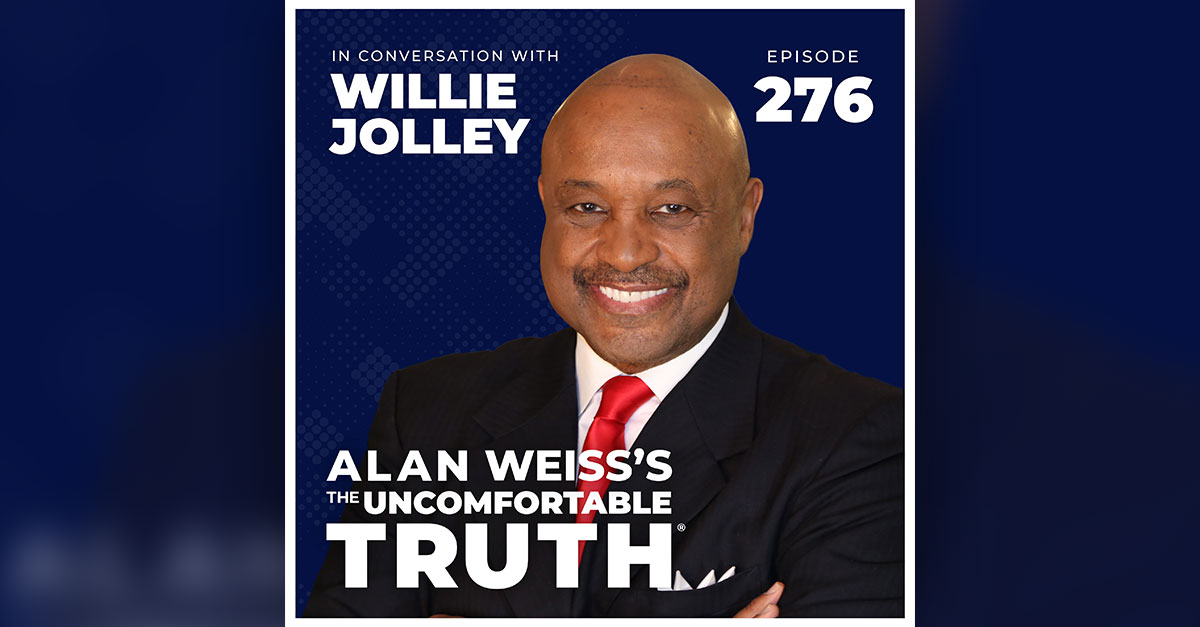 In Conversation with Willie Jolley 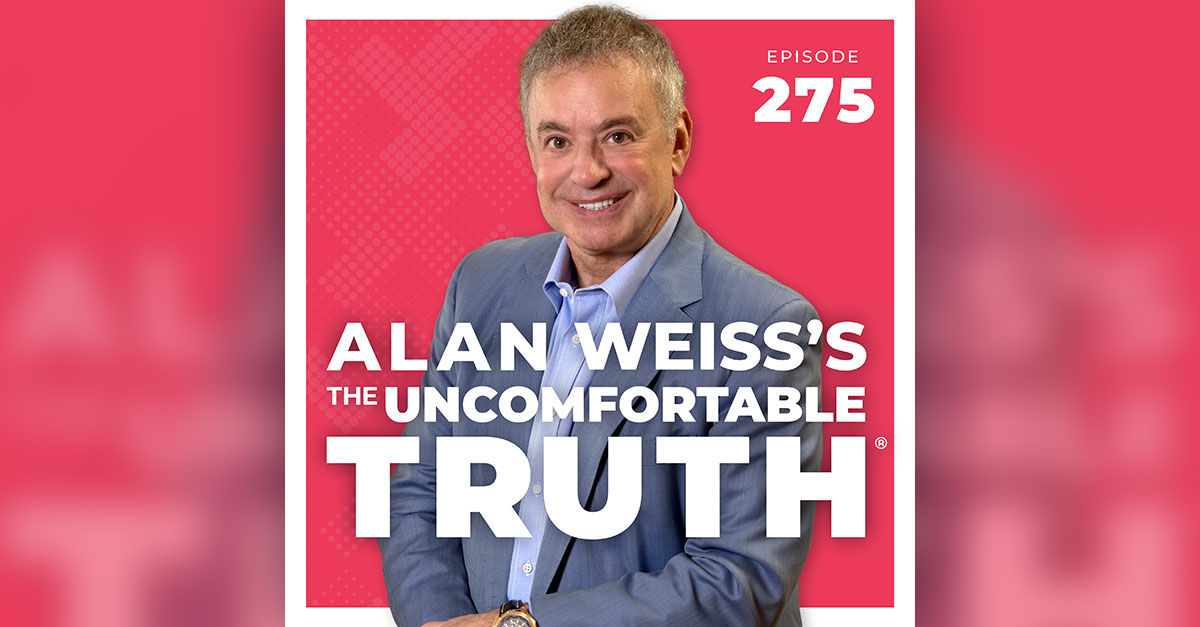 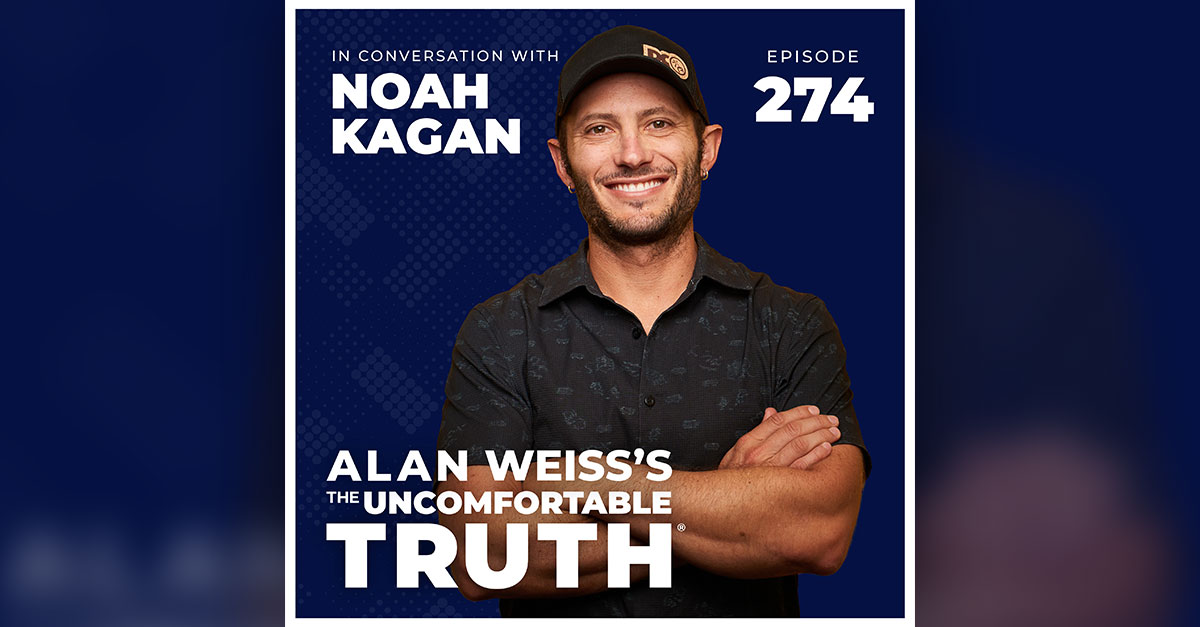 In Conversation with Noah Kagan 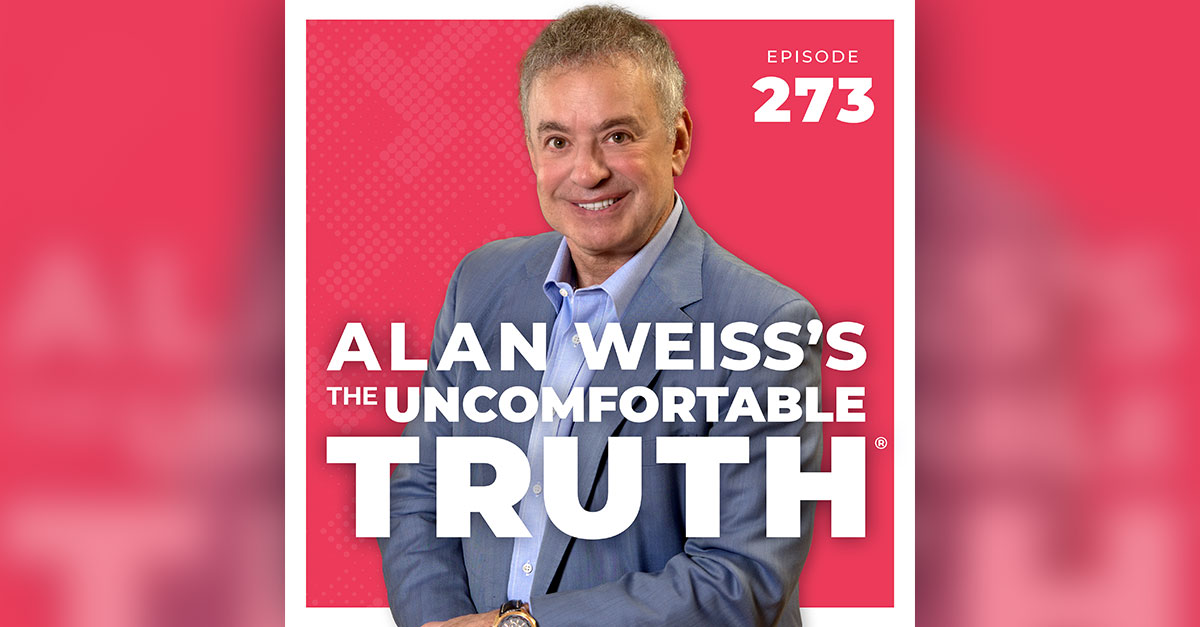