Adventures in the Publishing Trade

Adventures in the Publishing Trade

Since I published my first book in 1988 (The Innovation Formula) the publishing industry has declined in terms of innovation, talent, and risk-taking. Today it’s gasping and wheezing. Herein, some of my more unusual—or maybe usual—experiences in the “glamorous” world of commercial pubishing.

• A permissions editor told me she was holding up production because all of my permissions (to use quotes of others) were not submitted.

“I always do that thoroughly,” I told her, “you’re wrong.”

“Well, then how is it you’ve quoted the same man twice and there isn’t a single permission filed?”

When I told the editor-in-chief for business books, he said, “Please tell me you made this up.”

• A developmental editor removed 13 words which she said I simply made up. “There are no such words,” she haughtily informed me, having made her Internet or  spell-check searches. (Sample: chtonian.)

I sent here 13 copied pages from Webster’s Unabridged. I’m guessing she wasn’t exactly a graduate of the Newhouse School of Journalism at Syracuse.

• A woman writes me to tell me I have an outdated technical reference in Million Dollar Consulting® Toolkit, which had been released about 60 days prior.  “You’re right,” I confirmed, “that site has since changed.”

“Well shouldn’t you fix this?!” she demanded.

“Do you want me to track down all the books and correct it by hand?” I replied.

As a result, she did a review on Amazon and gave a one-star rating.

• A man called to tell me that there were a dozen typos in Our Emperors Have No Clothes, and this ruined the content for him. I pointed out that I really didn’t care and he needed professional help with that level of anal-retention, and hung up while he was still sputtering.

• I got my first and only agent, Jeff Herman, based on a small paragraph in a speaker’s magazine. I had three books with HarperCollins at the time. He took me on and immediately took a disaster of a proposal called Confessions of A Consultant and turned it into the 20-year best-seller Million Dollar Consulting. I thought he had promise.

• A publisher wanted to create jacket art that looked like a scope of a rifle focusing on a target. I had no real veto power, but I raised a hew and cry, finally winning my point when I said, “Let’s go all the way, and have a hunter with a bloody deer carcass on the cover.”

• A developmental editor starts every marginal comment on the proofs with “Hmmmm….” and then rewrites my content, as in, “You’re talking about value proposition, so let’s also talk about mission statement since they’re the same thing.” After the third time I told his boss it was him or me, and he was removed.

• The development editor for The Global Consultant argues with Omar Kahn (who’s even more traveled than I) and me about our observations around the world. (For example, he claimed that France had a national highway system to rival that of the U.S. interstates, in which case it must be available only to the French, since I’ve never found it.) We had to have him removed.

• A virulently feminist editor attacked every possible scenario in one of my books, changing pronouns even about actual occurrences to try to create a more feminist viewpoint. I finally had to tell her to go write her own book but stop writing mine or I’d complain to her boss. She shut up.

• A marketing director at a publisher considering a proposal tells me I’m not selling well, cites Million Dollar Coaching as only having sold 485 copies in 1.5 years, when it actually had been out for two weeks and had sold 1,000 copies that we knew of.

• A senior editor who has published a great deal of my consulting stuff turns down a proposal for The Speaking Bible, telling my agent that I wasn’t a speaker and had no credibility there, despite the fact I’m in the Professional Speakers Association Hall of Fame®. In all those years, she had never looked at my bio or my web site. When I pointed this out to her, she stopped speaking to and corresponding with me.

Publishing is undergoing radical changes. Seth Godin has recently announced he’s going direct to his readers, foregoing publishers, in an arrangement with Amazon. He joins other, well-known fiction and  non-fiction authors in this pursuit.

If you’re in the publishing industry—or any business—don’t hire cheap to save money, because you then have an organization of low-priced incompetence. Don’t treat your resources—your authors—as if they are barely tolerable annoyances, or you’ll have very peaceful abandoned buildings.

But then again, that’s why I earn the big bucks, although apparently not in speaking. 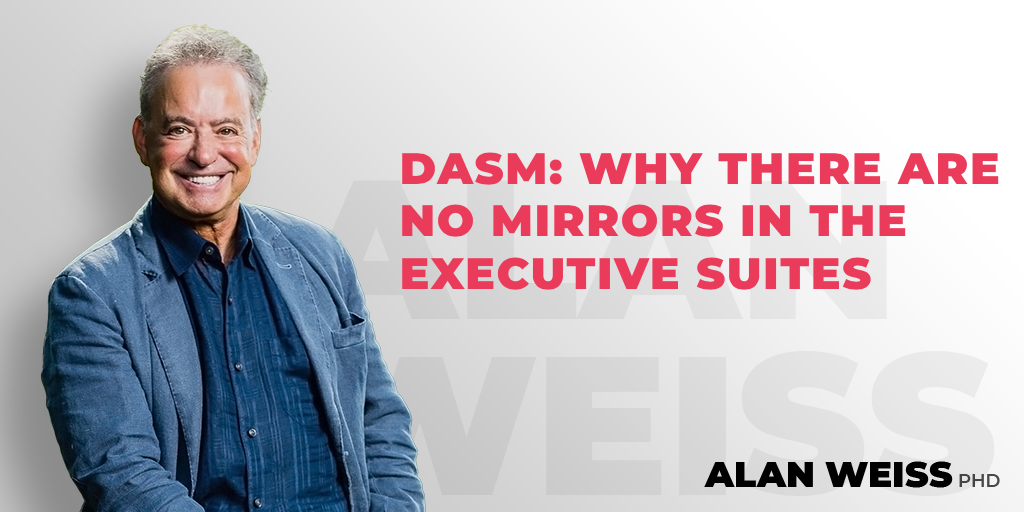 DASM: Why There Are No Mirrors in the Executive Suites 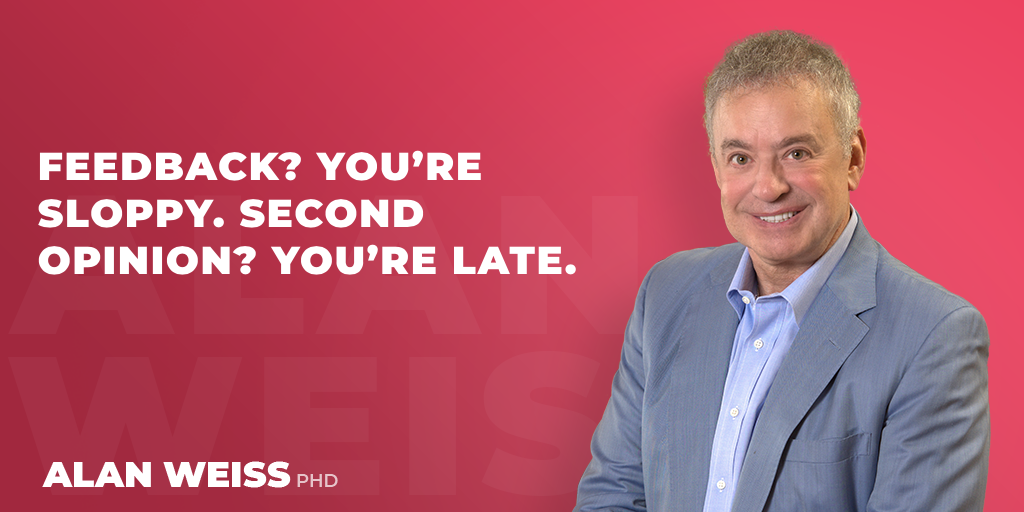 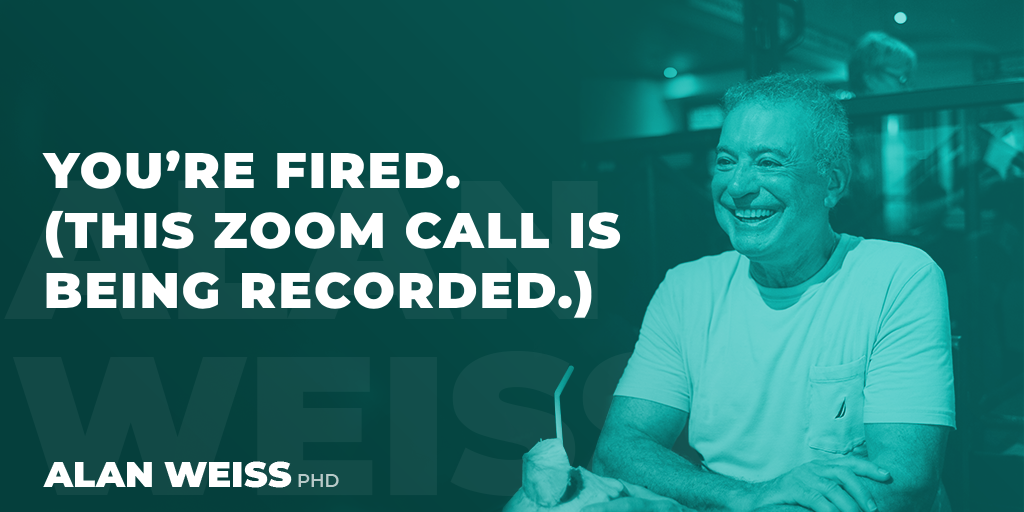 You’re Fired. (This Zoom Call Is Being Recorded.) 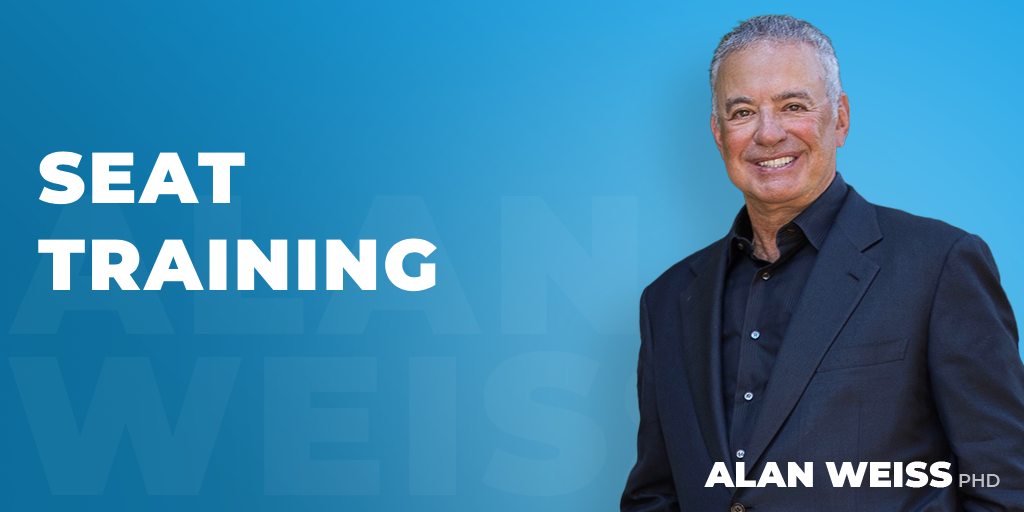