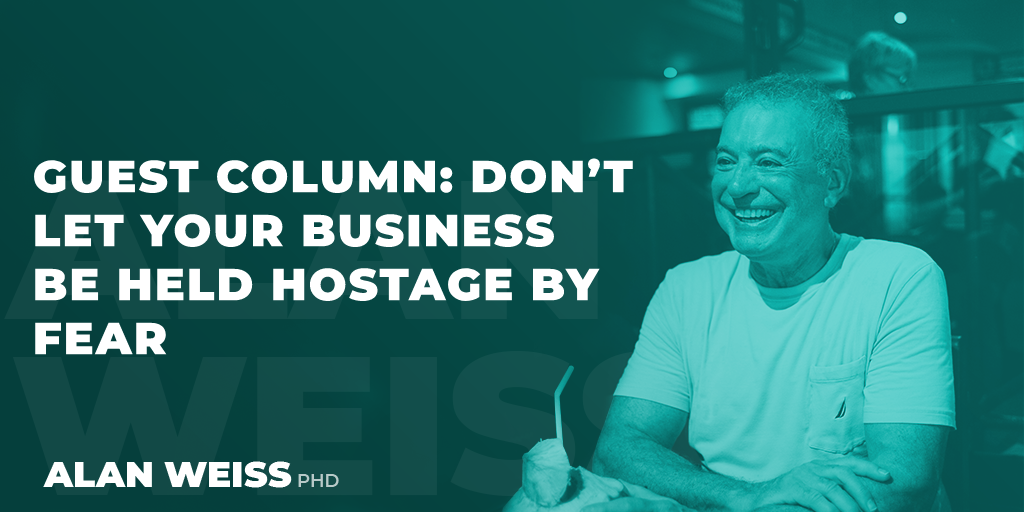 Don’t Let Your Business Be Held Hostage by Fear

As an FBI hostage negotiator and special agent, one of the things that always amazed me was how easily fear can blind people. One such example made an indelible impression that has stayed with me throughout my career.

In the bureau, I was on an espionage squad in Washington, DC and I was monitoring who we knew to be an agent in the CIA, spying on behalf of a hostile foreign power. While under surveillance, the double agent got on his office chair and started looking around to see if he was being watched. Something must have triggered him. That’s when I alerted my supervisor to come take a look.

We knew there was a camera installed in the drop ceiling above his desk. Given his background, he knew that’s where we would likely hide one too. The crazy thing is when he was standing on his chair searching for the hidden camera  he looked directly at the camera. We all thought he saw it. But, he was so scared and full of fear thaqt he missed it.

That’s how many business owners are operating now. They are operating in a state of fear and are blind to opportunities (or threats) right in front of them.

As a hostage negotiator I had to check my fear.

I never knew who would be on the other line in a hostage situation. Sure, we got intel, background, criminal history—basic stats—but it was my job to make an instant connection with hardened criminals. Regardless of who they were and what they had done. I had 20 seconds or less to get them to trust me.

Those same principles are at play in business, especially now when people are experiencing personal and professional crises.

Franklin D. Roosevelt famously said, “You have nothing to fear, but fear itself.” It is one of the easiest quotes to repeat and remember and it is also false. Fear is perhaps the most powerful and dangerous mental state. Fear is the number one emotion, which governs everything a hostage does and feels. It reinforces other emotions and keeps the captive from thinking about anything else except not being hurt.

That’s what you are feeling now as a business owner. You are missing things that are right there for the taking just like the spy and the camera. I am not talking about the trend of mindfulness or manipulation. It is about taking the right steps to make people give you the thing you want. In the case of hostage negotiation, it is getting to a peaceful resolution, where no one gets hurt and the perp comes out with his hands up. Unlike Hollywood, you don’t pick up a bullhorn and shout, “Come out with your hands up.”

You have to start to connect to where they are through a Bonding and Rapport Technique.

The typical scene was chaos. News crews, police, a swat team, and a helicopter overhead. My team leader hands me the phone and says, “You are a good bullshit artist, Chip, you talk to the hostage taker.” I wanted to educate him that a hostage negotiator is highly trained in the art and science of human interaction, but this wasn’t the time or place.

I picked up the phone and said, with as much empathy I could muster, “Hi, my name is Chip. I am with the FBI and I am here to help.” The line was open, but no response.

What felt like hours, but was only seconds, I was forced to talk again. As a hostage negotiator that’s the last thing you want to do is talk. So, I said, “How badly does your life suck right now?” And he said, “What’s your name again?” My goal was to de-escalate him slowly.

I looked around at the neighborhood and saw a pair of sneakers wrapped around a telephone pole above me. I knew that was a rite of passage and I asked Jeff if his shoes were up there.  I also asked about the pizza place up the street. “How do you like your pizza—thin or thick crust —sauce or no sauce?” All these memories were an emotional connection, leading to him to trust me more.

Then, I then focused on the one thing I knew Jeff wanted most, not a plane or a million dollars, as in the movies, but the promise of safety.

In consulting, to be effective, you have to be willing to ask the most difficult questions upfront for your prospect or client to know you have their best interest in mind.

Let’s say you have a client who wants your solution to help them get five million dollars a year in revenue and a Rolls Royce, like Alan Weiss.  To get to why this is important to them you have to be willing to ask why they don’t have those things already. You have to be willing to throw them off balance by asking tough questions like: What haven’t you been willing to do to reach your goals? Where are you failing?

This is the process of adding tension with the goal of setting off a mental tripwire. This mental tripwire is the alarm that goes off in your client’s head that makes them realize they have to make a change or fail. It’s extreme, but effective. It’s not unlike busting an organized crime ring.

As you can imagine, obtaining information from an organized crime ring is difficult for even the most seasoned FBI agent. The trick is to look for points of weakness in the group and make inroads by using forensic listening techniques. That’s why we decided to wiretap their hangout and pick up on some conversations, which indicated internal strife and a potential takeover from the second in command.

Our goal was to flip this disenchanted member of the mob syndicate.

The day we made arrests, we approached who we thought was most likely to cave because he demonstrated disloyalty in conversations we overheard. We had eight people to arrest that day and this guy was our number one target. We knew where he lived, so when we went to his apartment. His mother answered the door and began to scream and shout, which made a scene and attracted the attention of all the neighbors.

I looked into the apartment and the mobster was smirking at me as if to say, “Good luck dealing with my mom.” I motioned for him to come forward and he whispered, “Scream at me and demand I let you in.” He knew as well as I did that his time was up and I was his only chance for leverage.

He had a “window of value” to the authorities that was quickly expiring, and once that window was shut, all his power would be gone. This is not unlike the window of value entrepreneurs have in a crisis.

We got him to open up in two ways:

First, we used minimal encouragers, e.g. (“Yes” “That’s right” or “Correct”). This small little gift of praise helps anyone understand that you are listening, engaged and you think what they are saying deserves attention.

While it sounds so trite, most people don’t say many positive things in a conversation and little affirmations aid in getting people to open up more. This works on even the most hardened criminals.

If you do these things effectively, and patiently wait for their response, most people will reveal more about themselves and you’ll get a deeper understanding of their intrinsic motivations. 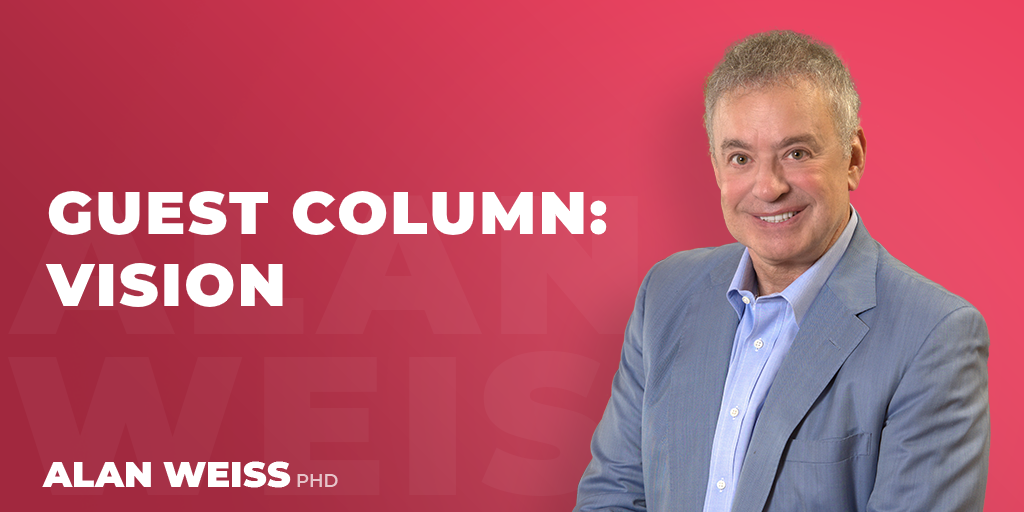 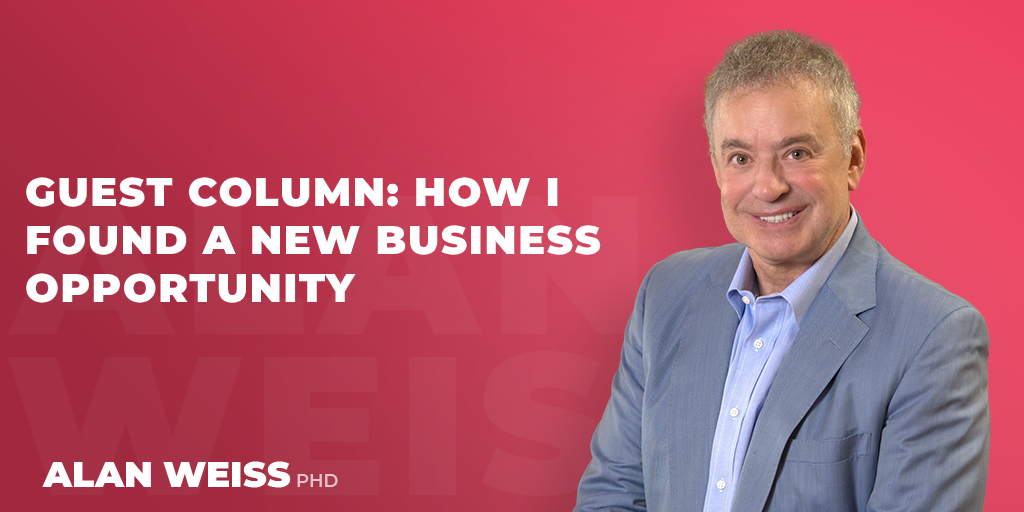 Guest Column: How I Found A New Business Opportunity 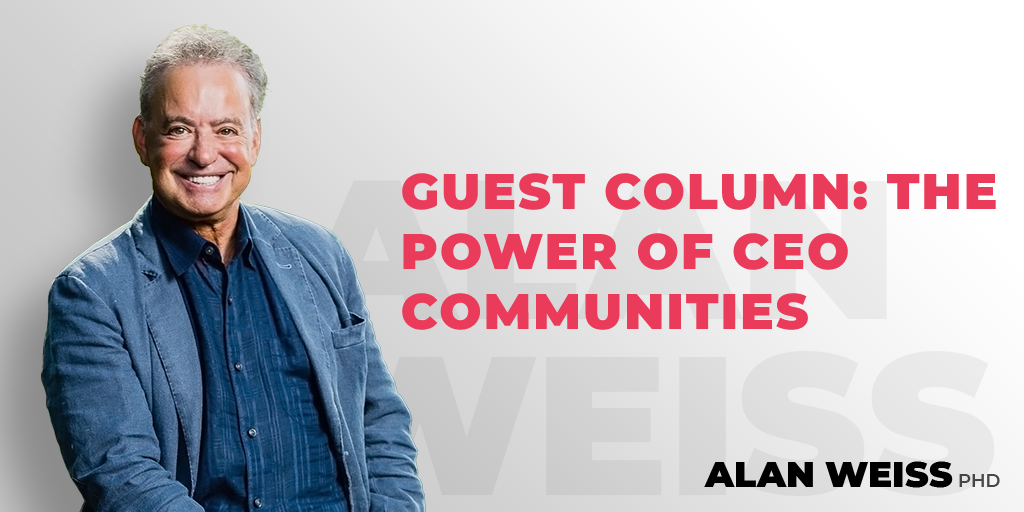