The Case for Value Based Fees in “Stubborn” Professions

The Case for Value Based Fees in “Stubborn” Professions

This is an article I published recently in Rob Nixon’s “Proactive,” June 2009, in Australia ([email protected]).

The Case for Value Based Fees
In the “Stubborn” Professions

Value-based fees are becoming increasingly popular with consultants, since I pioneered the movement in the early 90s with the publication of Million Dollar Consulting, now in its fourth edition, and reinforced with Value Based Fees a few years ago, now in its second edition.
A “value-based fee” is a fee that is based on your contribution to the results the client achieves. Specifically, when asked about the basis for fees, I reply, “My fee is based on my contribution to the value you’ve stipulated you’ll be receiving, providing an excellent ROI for you and equitable compensation for me.”
That’s how partners treat each other.

Why doesn’t everyone see the light?

If you leave $50,000 “on the table” each year because you’ve failed to charge that equitable compensation, in ten years you’re a half-million dollars poorer, and that is revenue you will never, ever recapture. If that number is $100,000, then you’re a million dollars poorer.
Moreover, billing based on hours, days, or any time unit is inherently unethical because it is in conflict with the client: The client is best served when issues are resolved and improved quickly, but the service provider is best served when the time involved is lengthy. Solving a problem or improving a condition in a half-day is extraordinarily valuable for the client, but impoverishes the service provider who is billing by the time unit.
Time-based billing is based on the inherently ridiculous notion that one’s time is valuable. Consequently, an attorney diligently tracks every six minutes (which, in turn, takes another minute!) as if that time looking up an address or reading a letter is as important as the time convincing a jury or achieving a settlement.
In the US in the past year, the average attorney was earning less than $100,000. That’s after four years of undergraduate school, three years of law school, and the appropriate start-up, and with a ton of debt. (The average general practice physician was earning $125,000, and the average surgeon—non specialist—was earning about $200,000. These are not extraordinary salaries by current standards. I earn seven figures as an independent consultant working out of my home 20 hours a week.)
Why is it that all service providers don’t move toward more lucrative and equitable fee standards?

One problem is that the origins of accounting firms (and many consultancies grow out of accounting operations) are based on hourly charges. Partners have fought their way up through that structure, and are not about to change it once they are in the corner office or sharing in major bonuses.
But what stops smaller, boutique shops or even solo practitioners? I’ve observed that it’s usually a function of poor self-worth. When you don’t consider yourself a peer of the buyer and you don’t establish a relationship of equals, then you tend to rely on less personal representations of worth: methodology, hours, materials, reports. The problem is that everyone does that, so it makes you a commodity subject to tremendous price pressure.
After all, if you’re going to audit my books, and so is she, then why shouldn’t I simply find the cheapest hourly rate? When things are reduced to a commodity, we lose sight that all service providers aren’t equal. Take the attorneys: Some charge much more by the hour because they have better reputations, win more cases, went to better schools, have more support. Yet they simply raise the hourly rate rather than charge based on results. (With the exception of contingency fees, where attorneys try to circumvent the limited hourly billing by taking a “piece of the legal action.”)
Accountancies and accountants bring varying value and can differentiate themselves from the competition IF they take the time to establish peer-level relationships AND charge based on their differentiated value, not the same hour that everyone else is using.

Take a tough look at your practice. Understand the potential value you uniquely possess, and then help the client or prospect to understand the value of meeting the objectives the two of you will work to achieve. Treat every new client this way, and try to transition every existing high-potential client, by providing more perceived value (e.g., proactive intervention, unlimited access, etc.).
You’ll find that you’re able to provide dramatic results, with less labor intensity, with no “meter running,” and with far greater profitability. And you’ll no longer be in potential ethical conflicts with your own clients.
Believe me, that’s worth more than an hour of your time.

Alan Weiss, PhD has visited Australia 14 times among his 57 countries, and has the strongest independent consulting brand in the world. He has authored 32 books appearing in 9 languages. You can find his work on http://www.contrarianconsulting.com or http://www.summitconsulting.com, and you can follow him on Twitter: http://twitter.com/BentleyGTCSpeed. 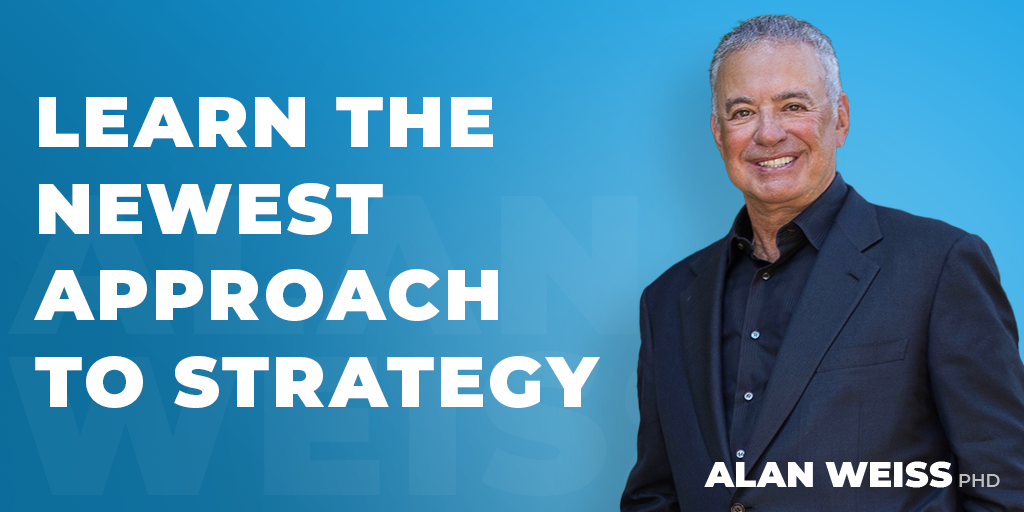 Learn the Newest Approach to Strategy 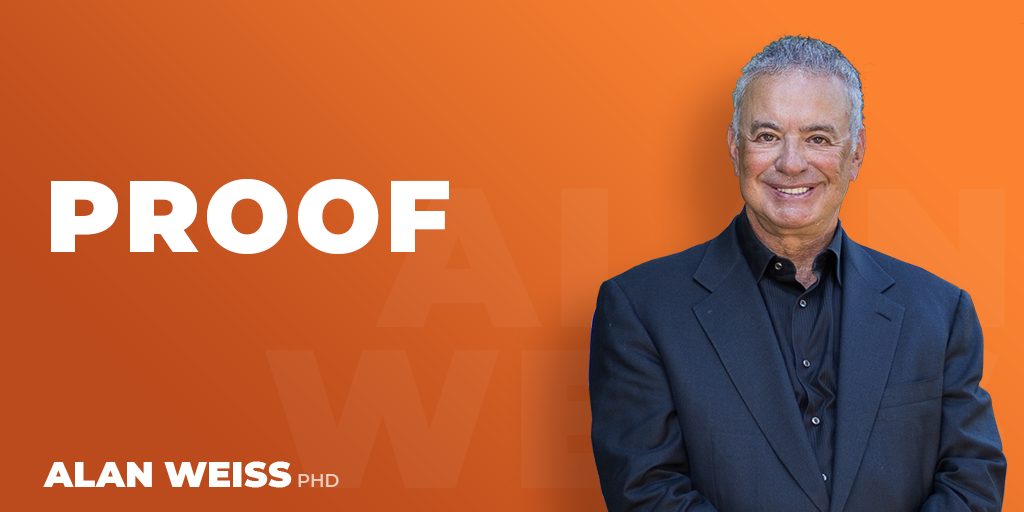 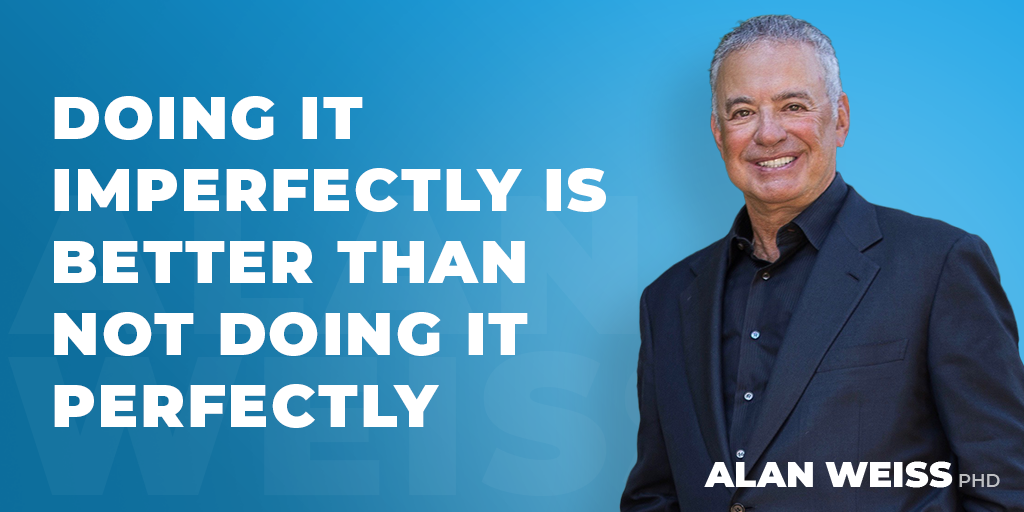 Doing It Imperfectly Is Better Than Not Doing It Perfectly 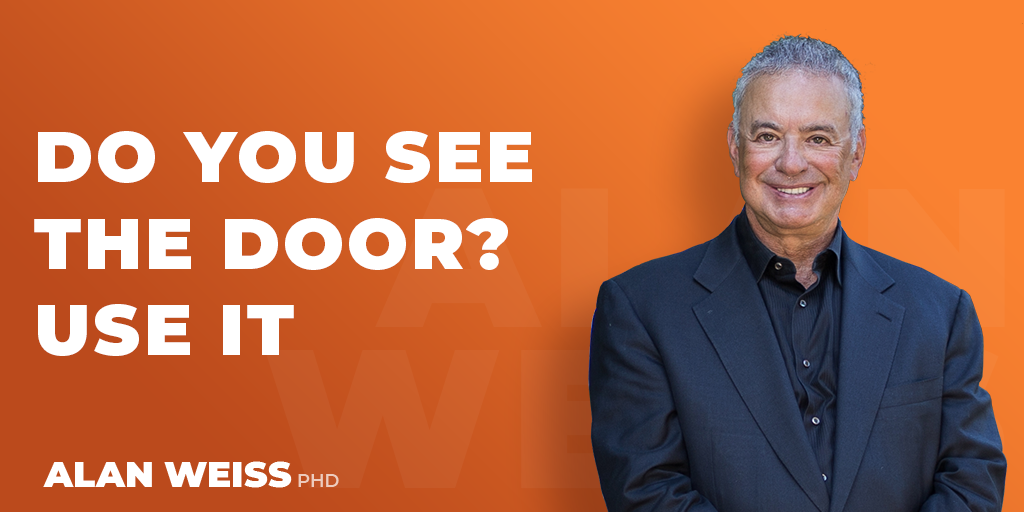 Do You See the Door? Use It